The Benefits of Beekeeping 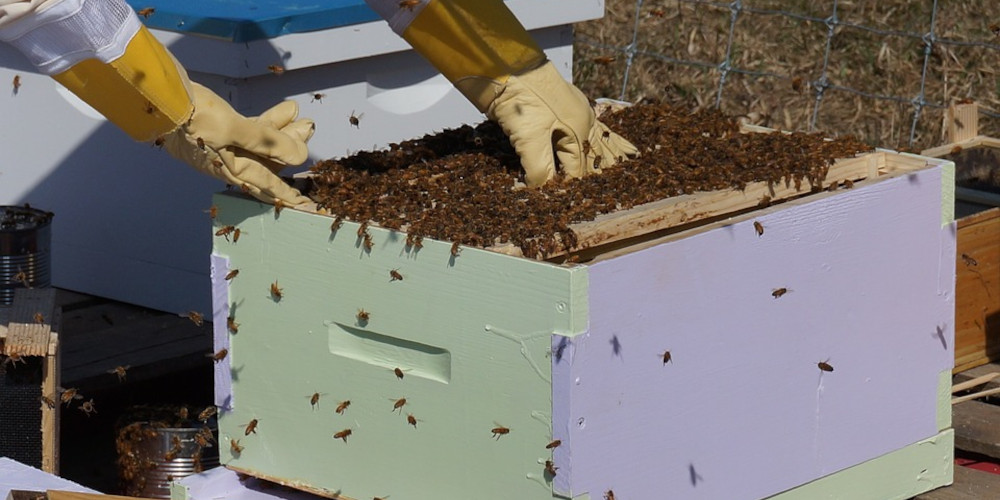 The thought of beekeeping seems somewhat strange when we think how irritating these insects can be when their buzzing around us in summer. However the act of beekeeping has been around for centuries.

Beekeeping (also known as apiculture) was first introduced by the Egyptians who would consider honey one of their favourite foods; they would keep many colonies of beehives in order to produce honey which they would consume on a daily basis. Bees are not only useful for their honey, but notably for agriculture, bees provide high value pollination to plants and flowers around the garden environment. Without bees there would be a considerable decrease in the way common crops grow, and they would more often than not die due to a lack of pollen. Garden enthusiasts will tell you that having one or two beehives in the garden would see a considerable improvement in the way crops grow throughout the summer. Notably, other obvious reasons for beekeeping is for their production of beeswax and royal jelly, both have high commercial values, and can be useful for many everyday resources, such as; shoe polish, candles, and cosmetics.

Beehive Storage An apiary or (bee yard) is where the bees store their honey, and is their colony, this is essentially where the bees work their magic in producing these highly useful resources. The first steps for creating the apiary is to utilise wooden boxes which contain wax sheets, the bees will use the wax from the sheets to create their honeycomb. Typically, the queen bee will sit within the colony and order her worker bees to produce the honey. Beforehand, special scents are used in order to attract queen bees to the nests. Throughout the course of the day, bees will collect pollen and nectar from flowers to keep them nourished for carrying out their working tasks. The nectar they collect is then reused and stored within the honeycomb, in order to produce honey.

Beekeepers Beware Before starting your beekeeping hobbies, it is strongly advised that you take professional advice from your local community and authorities. As well as being quite rewarding, beekeeping can be a danger to humans in particular. The correct clothing should be worn at all times when near a colony, as the consequences could be quite uncomfortable, and in some cases fatal. Storing equipment within a garden shed will ensure you can easily find your protective clothing when needed.  It is also advised to use a smoker; this will prevent the queen bee from sending out signals to other bees to start feeding, and will allow you to perform inspection and maintenance work on the colonies.

How Close Can a Shed Be to a Fence in the UK?