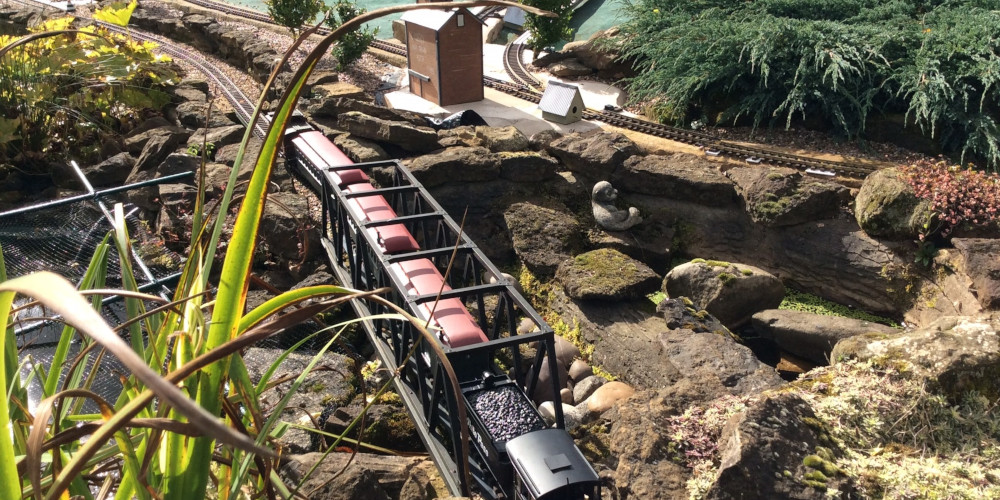 This is one of the most creative and inspiring uses we've ever seen for a Tiger Shed - a signal box in a model railway! We were so happy to receive these photographs from Rod. He showed us how he's completely transformed his back garden into a miniature railway. Rod began work on his garden railway in 2014, after the sudden passing of his wife. "I'd had the railway in the back of my mind for a number of years. I needed a distraction, so started working on it," he told us. 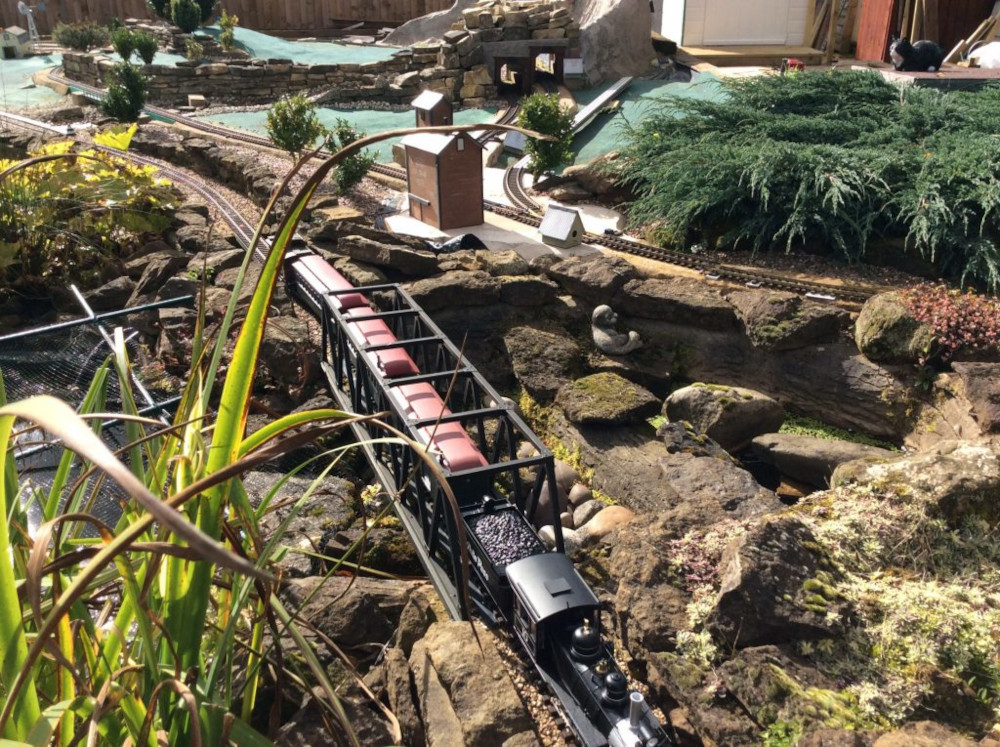 "The scale of the railway is known as LGB," Rod explains. LGB stands for Lehmann Gross Bahn, meaning the 'Lehmann Big Railway' in German. In Europe, LGB is the most popular model of garden railway, and introduced the G-scale ratio of modelling - 1:22.5.

"The 45mm gauge is totally weather-proof. I have purchased approximately 300 foot of track, but it is not all down yet."

"The garden has been completely re-landscaped to house the railway. Apart from the pond and the rockery behind it, none of this was here in 2014," Rod continued. 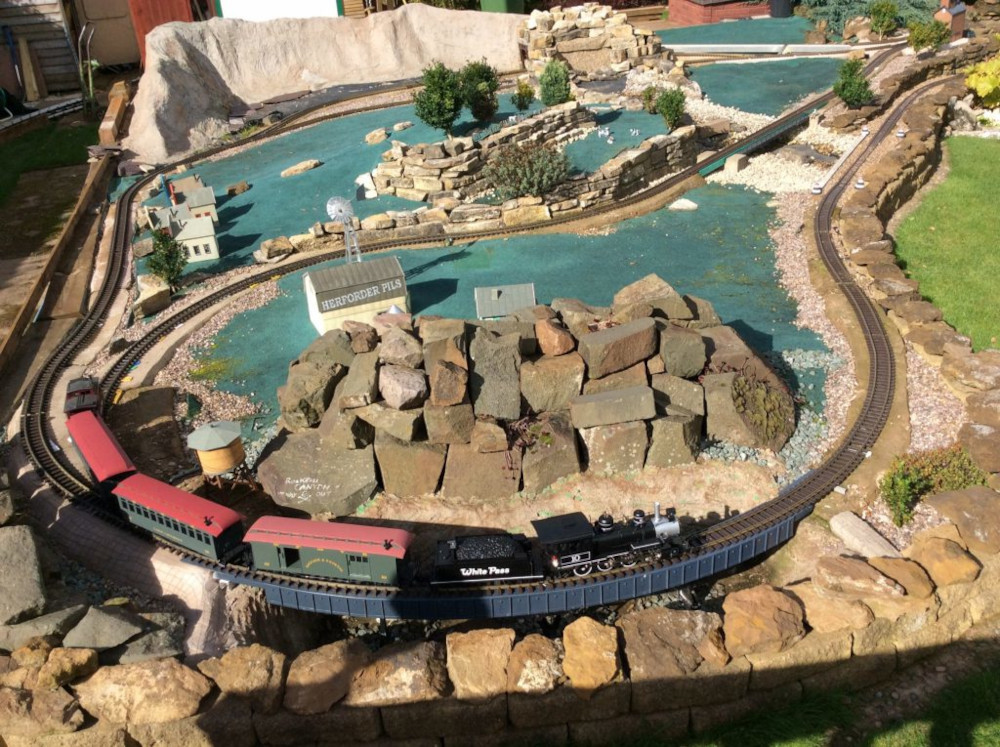 "Apart from the farm house, barn, and four shops, everything you see was built from scratch. The bridges, grain silo, water towers were all made by hand. The mountain range in front of the signal box is a cement version of paper mâché on chicken wire frame, and will eventually have an American mining town in front of it." 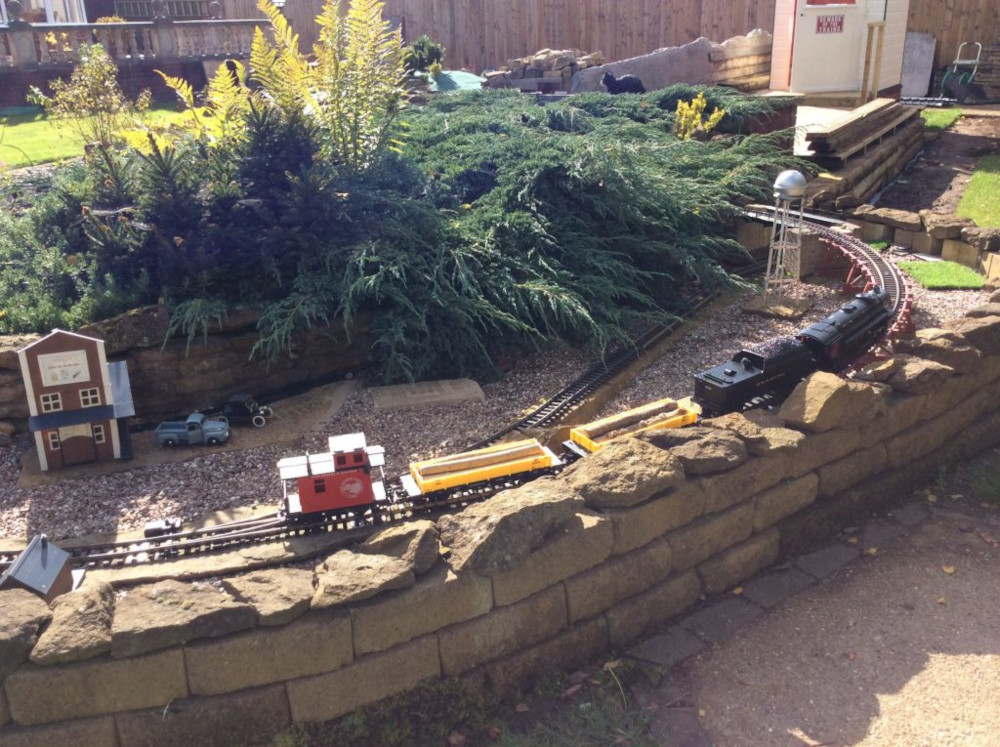 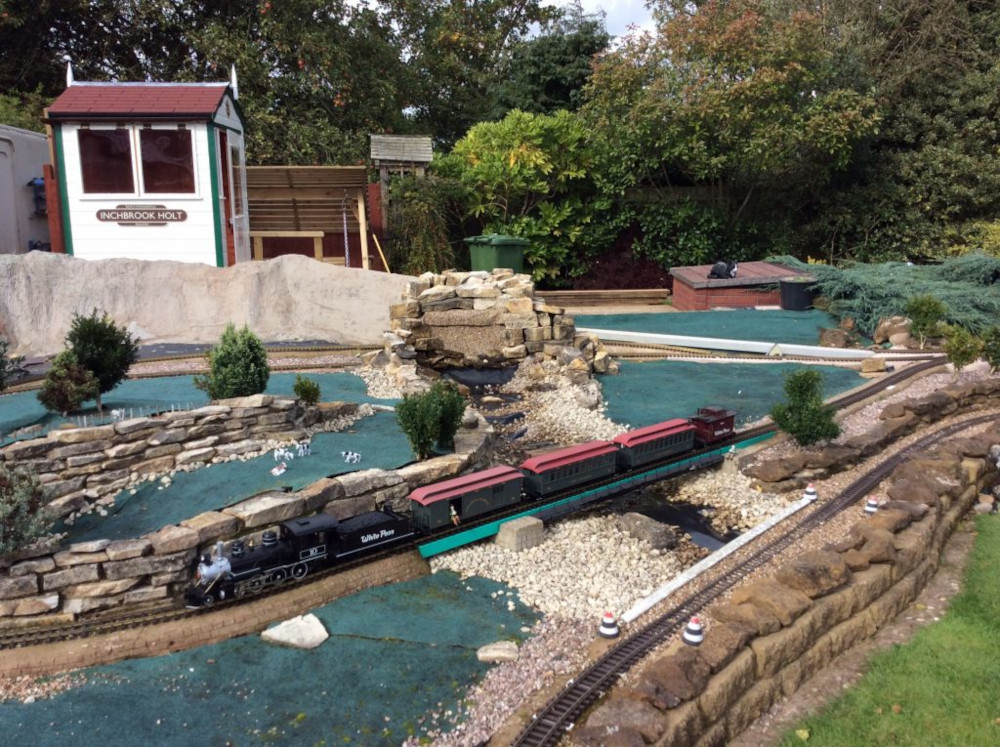 You can see our Tiger Flex Apex above, turned into a beautiful signal box. 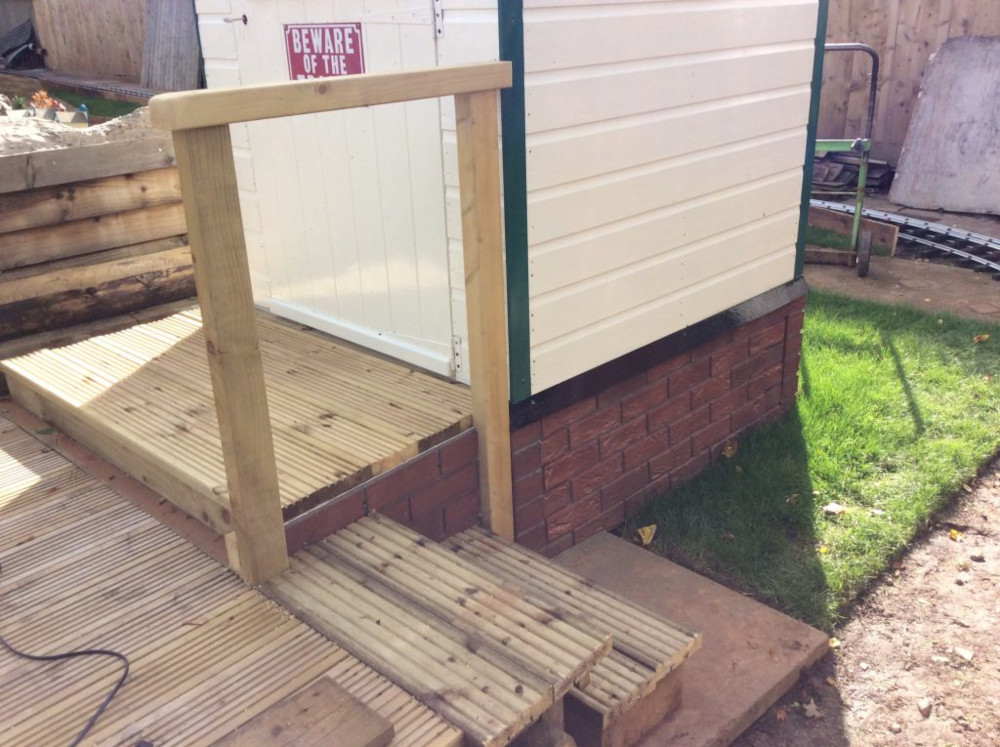 Rod didn't just install the decking and elevate the shed, he also created a trap door to house rolling stock and control panels of the railway set. 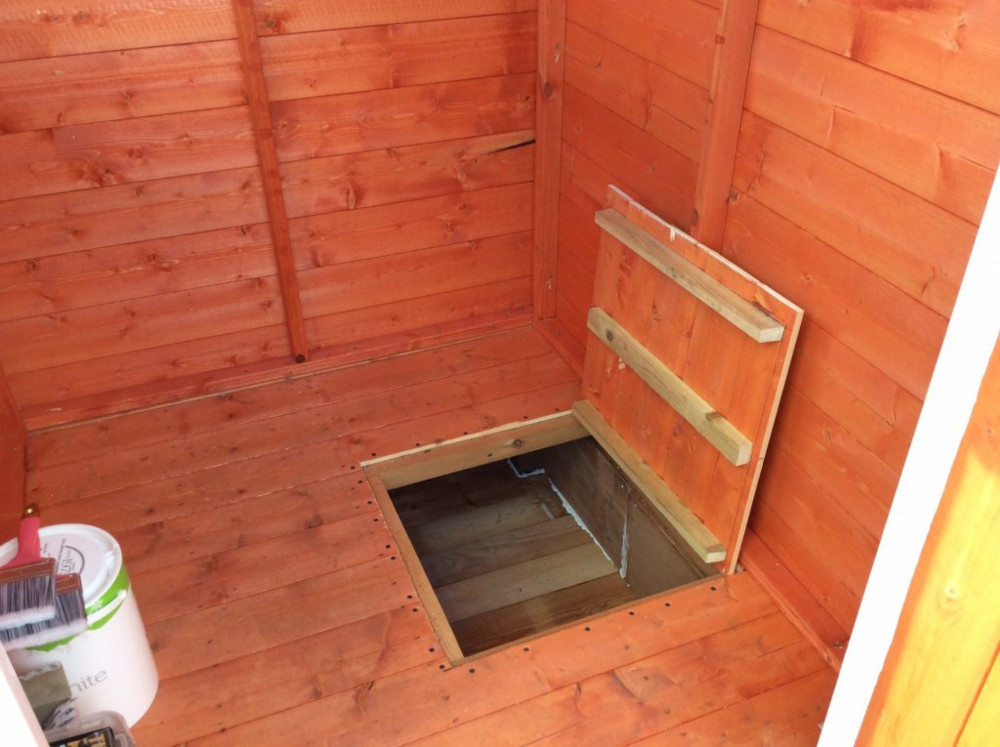 "Everything except the signal box is based on American railways in the 1950s," Rod told us. "Nobody would recognise an American one, so I created a caricature of a Great Western Railway signal box."

"All the bridges are based on American photos found online, with a little bit of artistic licence" 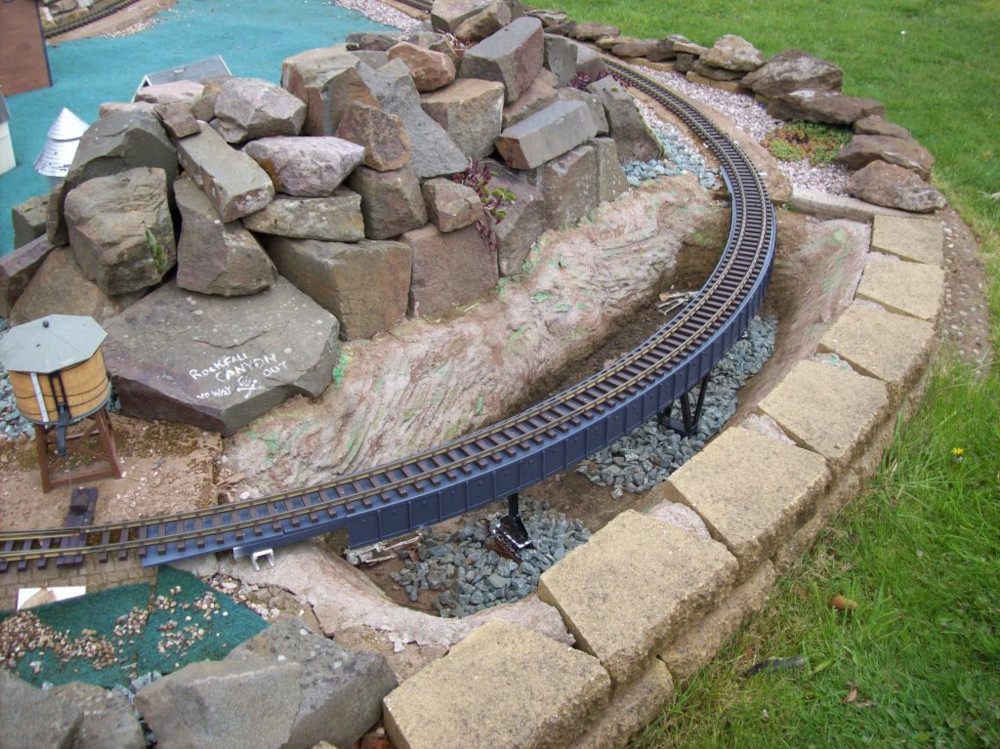 "Rockfall Canyon Bridge is 1.8 metres (6ft) and constructed from stiff plastic sheet from a local window manufacturer's skip (with permission). Note the skeletons at the bottom of the canyon!" 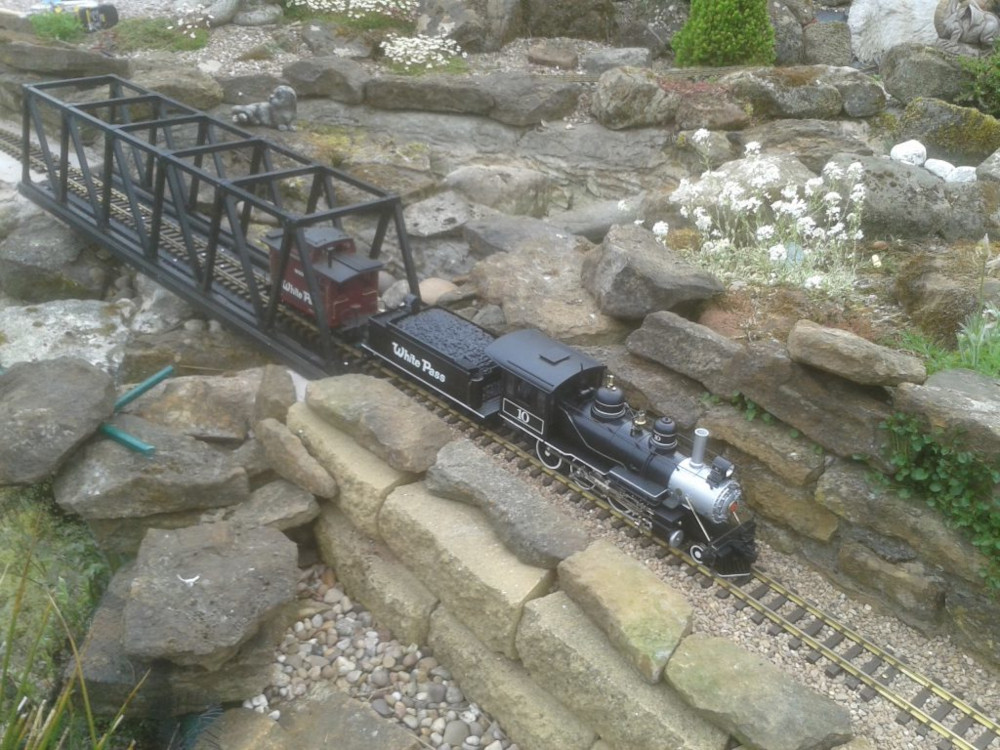 Image Credit: Rod Edwards[/caption] "Girder Bridge is 1.2 metres (4ft) and crosses the waterfall. It's made from 12 metres of aluminium tube, 60 hand cut brackets and 180 pop rivets." 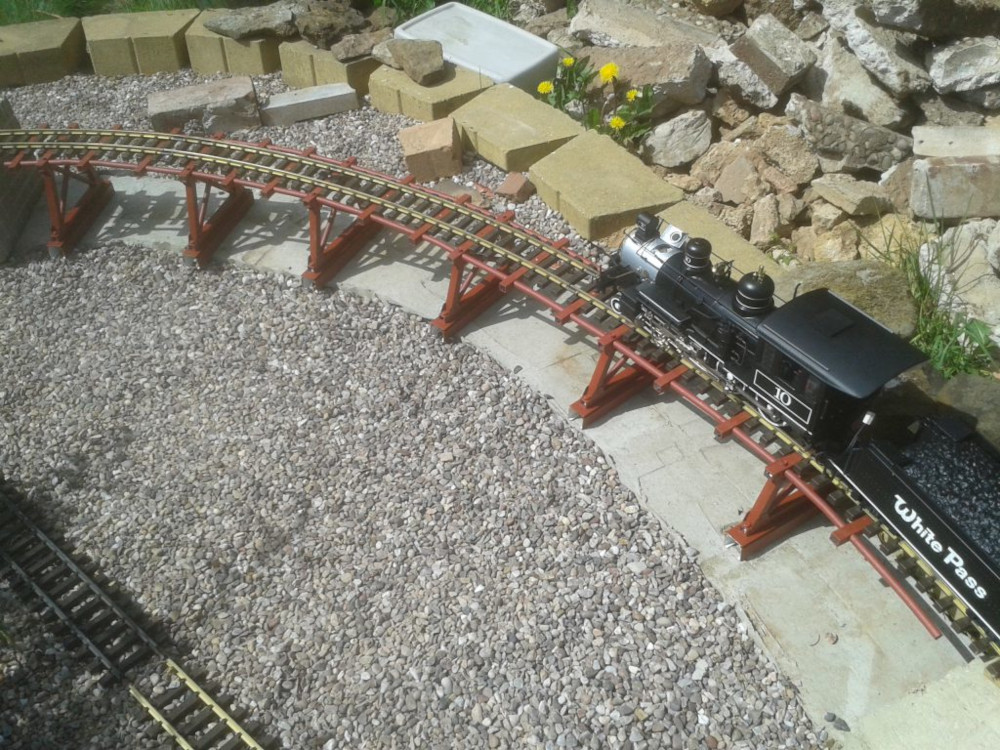 "Flintstown Viaduct is 1.2 metres (4ft) constructed from aluminium tubes. It raises the track approximately 30cm to the upper rockery." 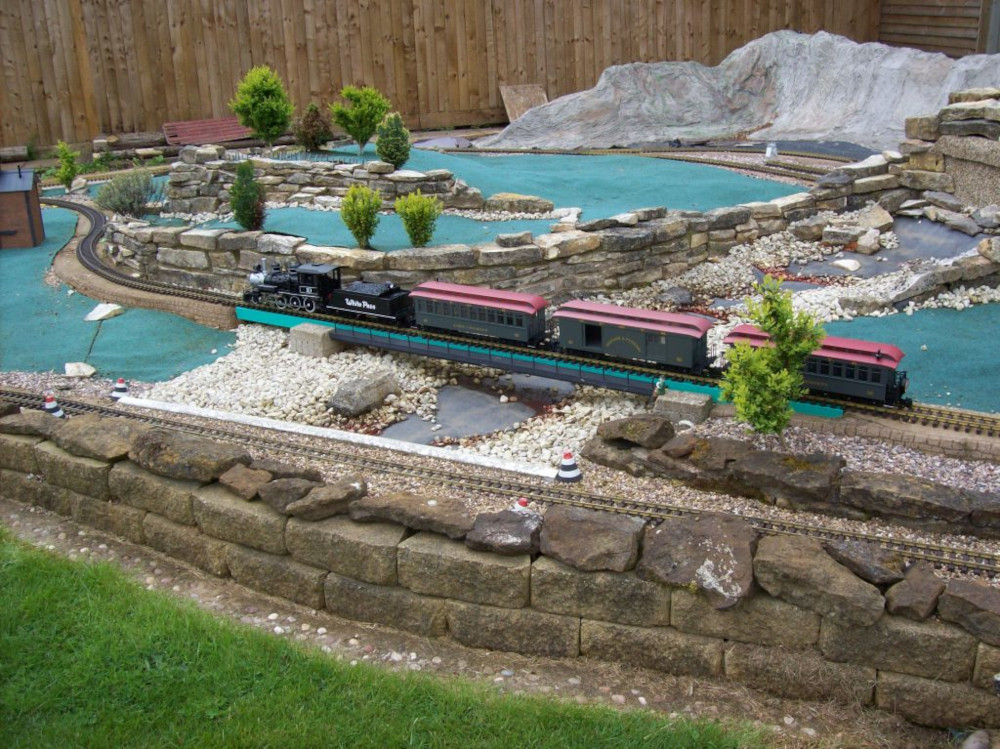 "The bridge over river is 1.5 metres (5ft) and made from pieces of discarded aluminium conservatory framing from a neighbour's skip. The river runs during summer." Thank you, Rod! Rod's incredible railway is still a work in progress, and he's kindly going to update us with photographs in spring. We can't wait to see more!

How to Damp Proof a Wooden Shed

Customer Spotlight: The Summerhouse that Became the Envy of Donna's Friends