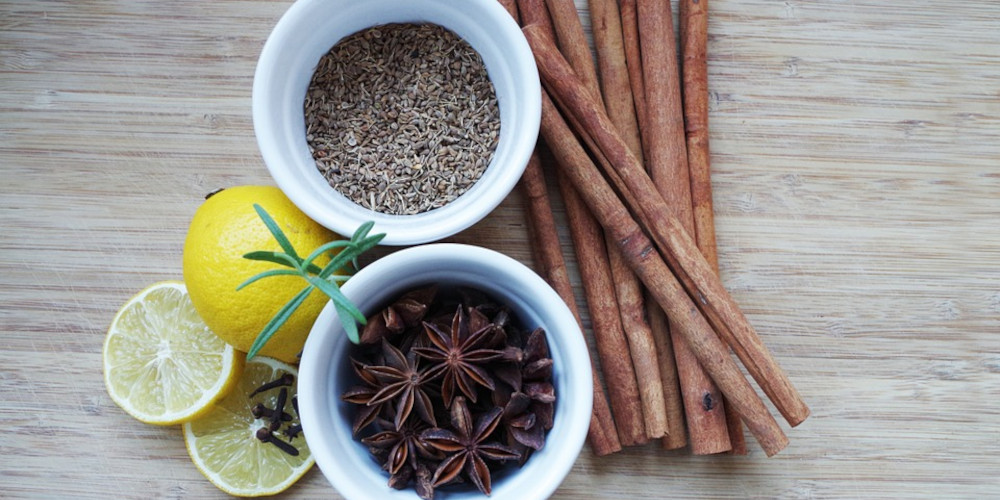 Cinnamon is not only a delicious spice used to spruce up your coffee but it's also one of the healthiest spices in the world. If you're a big fan of adding cinnamon to your coffee, desert and generally anything which you think you can get away with, then keep reading to discover 7 amazing health benefits of cinnamon! 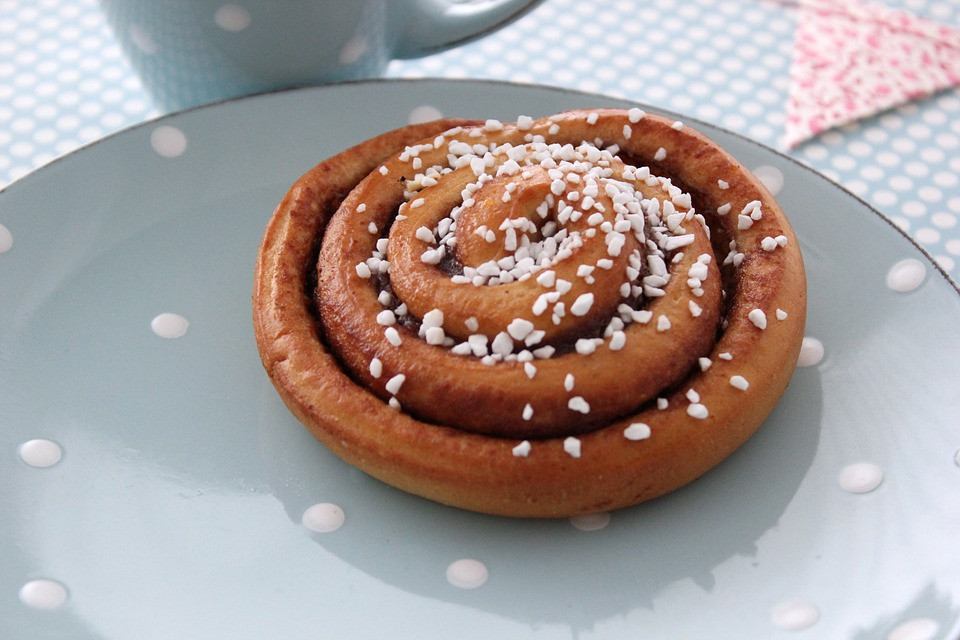 Dr. Rubina Tahir says; 'A sprinkle when baking our favorite holiday treats helps to combat inflammation in the body. Holiday travelling combined with the stress of organising family time can lead to unnecessary aches and pains. Research supports the anti-inflammatory properties of cinnamon making it a great choice for muscle and joint pain.'

2. Cinnamon is one of the most antioxidant-rich compounds on the planet 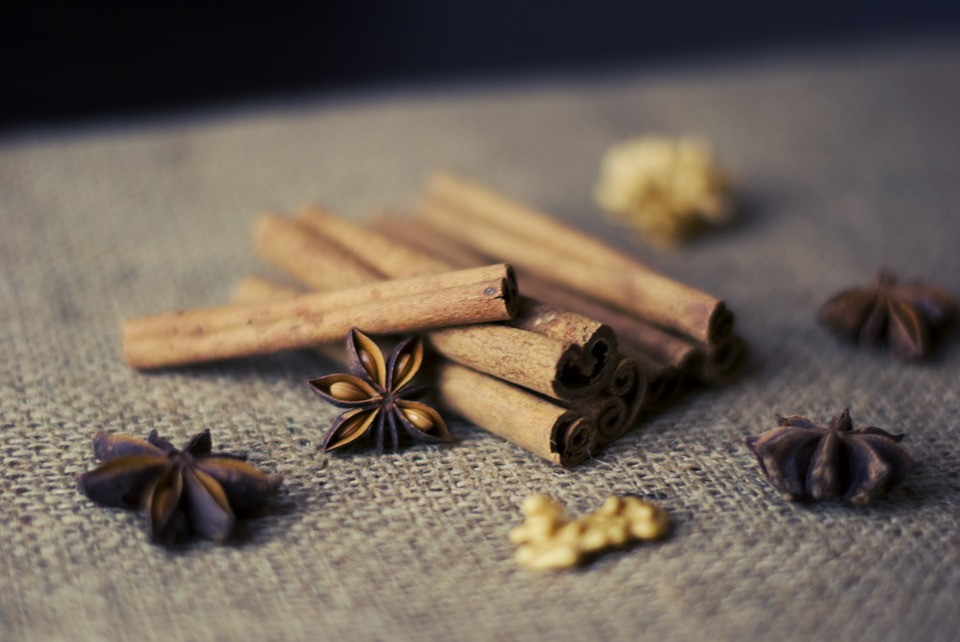 Michael, Nutritionist, says; 'Cinnamon has a wide range of health benefits. One of the most important of these are the polyphenol content. Polyphenols play an antioxidant role in the body and help protect against disease, and cinnamon is one of the most antioxidant-rich compounds on the planet. As a result of the antioxidant content, studies show that heart disease, cancer and dementia risk factors are also much reduced.'

3. Cinnamon is a very common home remedy for hair loss 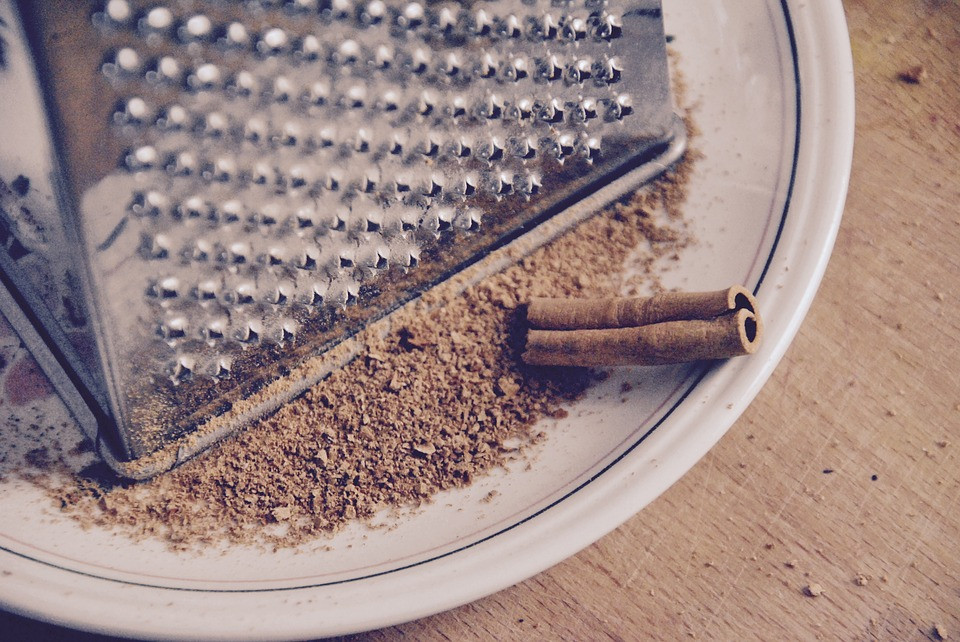 Zachary Metz, owner and creator of TheManeStay.com a Men's Hair Care website, says; 'Cinnamon is found in a very common home remedy for hair loss. Combining cinnamon and honey is thought to stimulate the scalp. The cinnamon will boost circulation to the skin, thereby delivering nutrient-rich blood to the hair follicles. Cinnamon oil is a more concentrated version of the grated variant commonly found in supermarkets. Here is the procedure (follow one time per week):

One warning, if you do not know whether or not you are allergic to cinnamon, rub some of the mixture on your arm to ensure you do not have a reaction (or consult your doctor prior to using this remedy).' 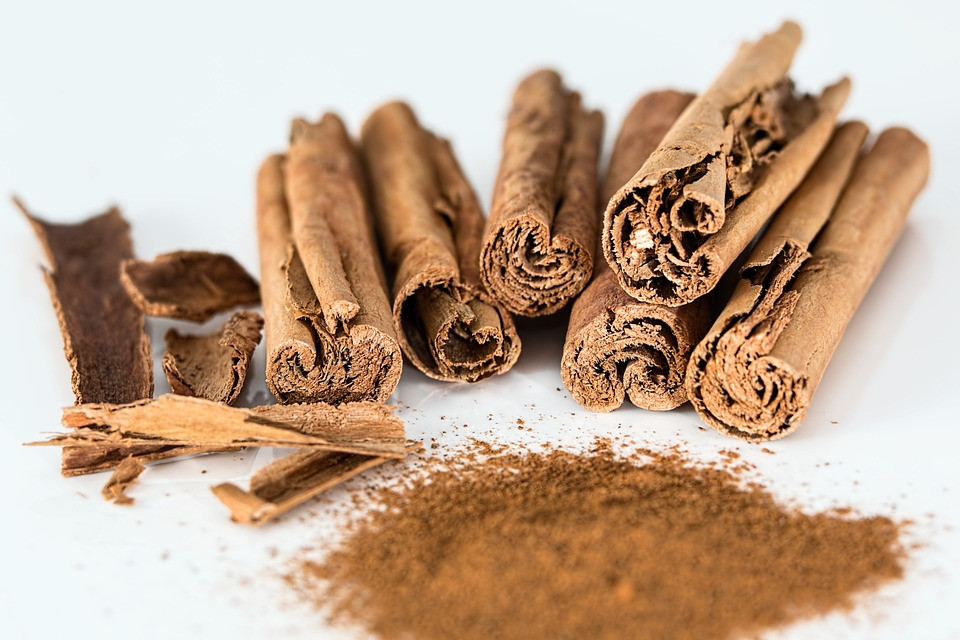 Louis Altman from Portsmouth suffered from high cholesterol and offered us his own personal experience in how cinnamon helped to lower his cholesterol. After reading that cinnamon helped with cholesterol he started taking a teaspoon a day, mixed in with some unsweetened, unsalted peanut butter. Did that religiously for three months and his cholesterol dropped 30 points.  He continued this ritual for almost five years and now his cholesterol is significantly lower. He said, 'I mix my teaspoon of cinnamon daily into nut butters, a piece of toast with butter and honey, oatmeal, even chili.  It has worked for me.'

5. Cinnamon is a natural antidepressant 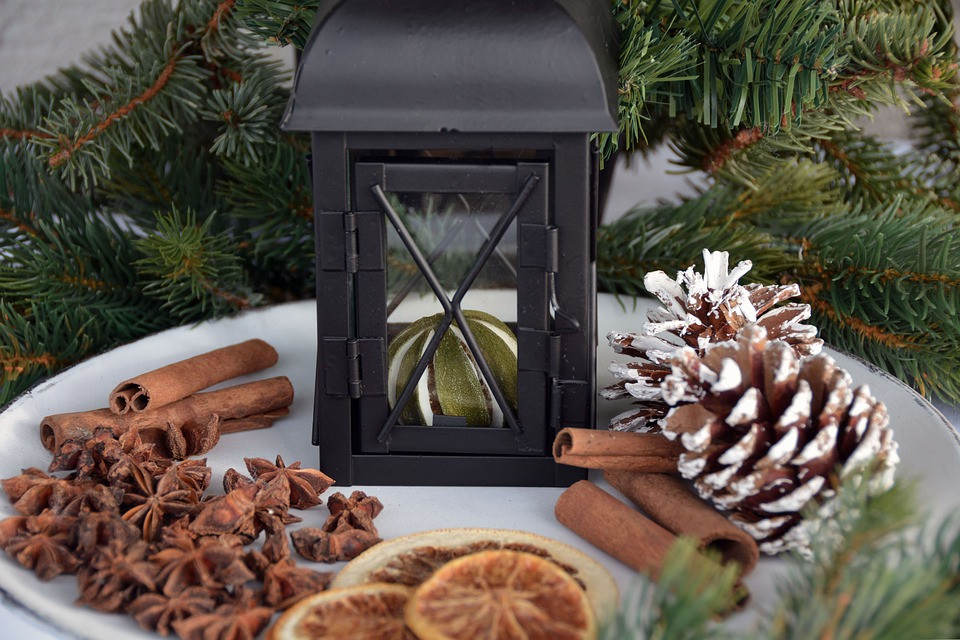 Tara Dixon, Mental Health Therapist, says; 'I am a huge supporter of aromatherapy and use it in every counseling session. Cinnamon in particular has many benefits. Most people don't know that cinnamon is a natural antidepressant. Cinnamon helps stimulate circulation in the body including the immune system, circulatory system, and libido. Because Cinnamon "wakes up" the body, it is good for talk therapy. I believe it helps my clients be open to talking about anger and frustrations, allowing them to release some of the built up negativity'

6. Cinnamon helps to maintain a healthy blood sugar level and a healthy brain 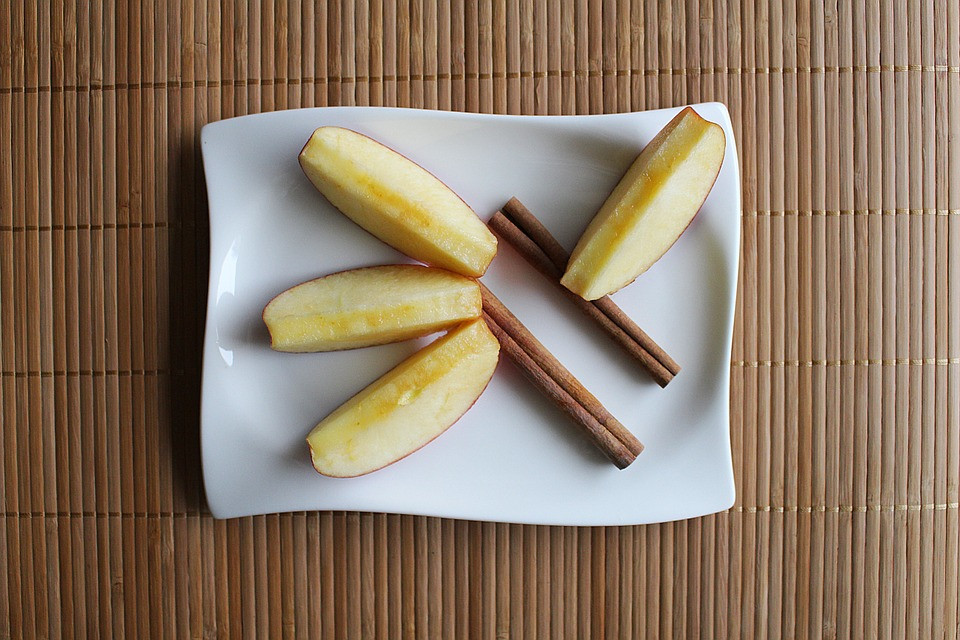 Greg Loukas, President and Founder of Brain Forza, says; 'It is little known actually how healthy cinnamon REALLY is for you. From helping to maintain healthy blood sugar levels, to brain health, it is a very functional food.'

7. Cinnamon can help to quash cravings 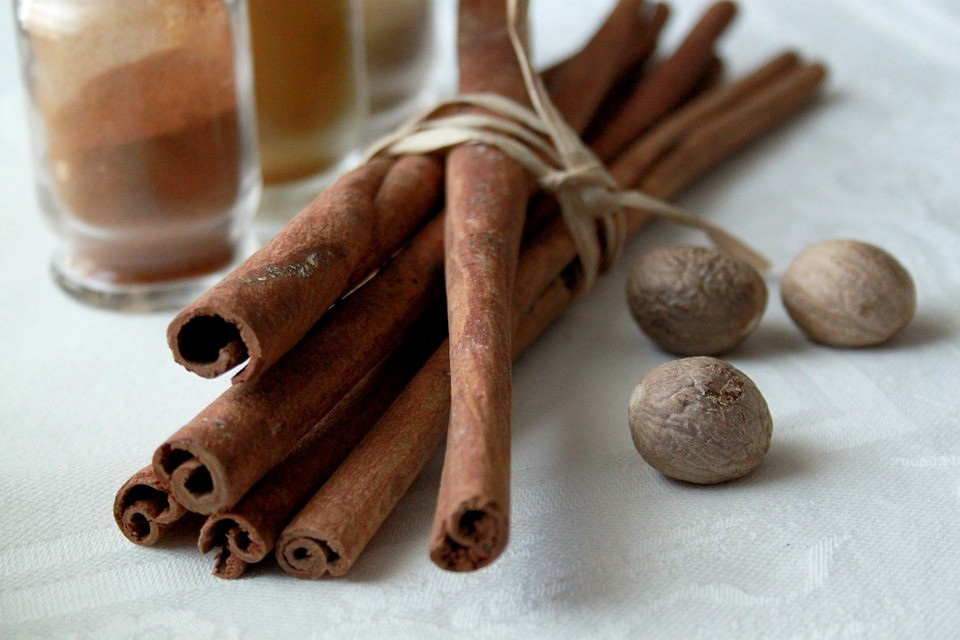 Christopher H. Gerhart, substance abuse counselor, says; 'I am a substance abuse counselor and one of the beneficial uses of cinnamon that I have observed is that it seems to help people who are trying to stop smoking cigarettes with their cravings. I am not sure about the chemistry or research; but, anecdotally, there seems to be some efficacy of using cinnamon gums and candies with those who are quitting tobacco.'

Which cinnamon is the healthiest option?

We spoke with Kelly Zajac, owner of a local spice store, Tudor House Tea & Spice, where they focus on using herbs and spices for their health benefits. She spoke with us about the different varieties of Cinnamon; 'Most people are surprised to learn that there are in fact many varieties of cinnamon. Even more surprising is that the spice we commonly use to flavor our oatmeal cookies is not really cinnamon. True cinnamon, or Sweet Cinnamon, is the real deal. It is the bark from one of many species of trees in the Cinnamomum genus. The cinnamon most of us know is from the bark of trees in the Cassia species. So how did cassia cinnamon get to be the one predominantly used in cooking? Partly because it's cheaper to produce, and also because its flavor intensity holds up better under high heat. Ceylon, or sweet, cinnamon is more aromatic, but is better suited to low or no heat applications. Sweet cinnamon also has lower levels of the naturally occurring blood-thinning agent coumarin than does cassia cinnamon. The health benefits of cinnamon we hear about are referring to sweet cinnamon, or any of the true cinnamons, rather than to our old stand-by cassia. If you're feeling torn about how to choose which cinnamon is best, worry no more. You can have the best of both worlds. Use cassia cinnamon in baked goods and sautees, and sweet cinnamon when sprinkling on for flavor. You'll be tasting each variety at its best. Cassia Cinnamon:

How to Repair a Shed Roof

How to Move a Shed

Customer Spotlight: The Summerhouse that Became the Envy of Donna's Friends