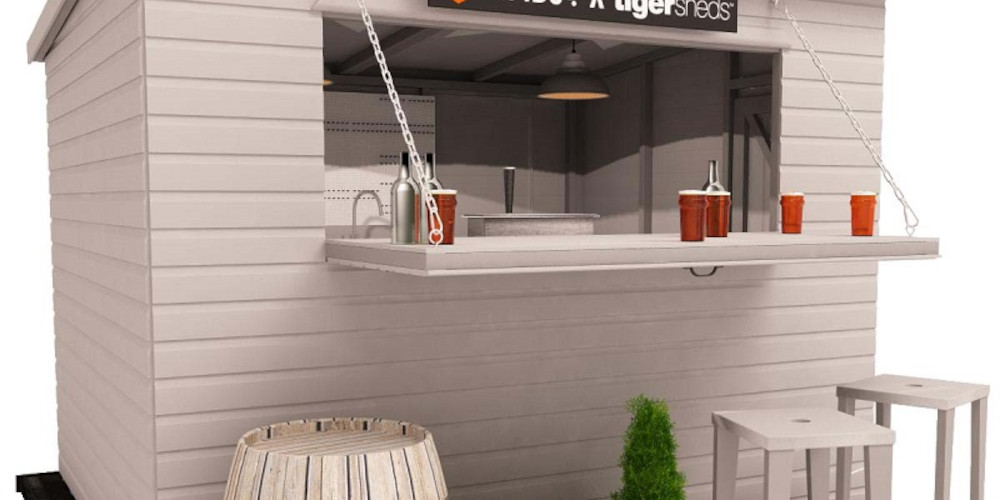 Back in November 2017, Tiger Sheds joined forces with Northern Monk to offer people the chance to win a customised Tiger Brewery Shed [1]. An independent Leeds brewery based in Holbeck, Northern Monk offers a host of delicious craft beers – so it seemed only right to offer the winner the chance to brew their own ales too! And the winner wouldn’t just get a shed to brew their beer in – oh no! We also included a Grainfather Connect all-in-one home brewing kit in the mix to help get the brewing started.

The shed itself is 10x8 ft and includes internal shelves – very useful for storing or displaying various ales. It also features a pull-down serving hatch to help you serve your brews to friends and family, while extra-thick 16mm pressure-treated boards would help protect the shed – no matter how much you use it. In fact, we provided two Brewery Sheds for this promotion – one that Northern Monk still uses to serve ale and another example for the competition. We painted the competition shed off-white to make it easier for the winner to repaint or decorate how they wanted. In the video below, you’ll see local graphic artist Drew Millward paint Northern Monk’s Brewery Shed ready for use. As you can see, he gave the shed its distinctive (and very apt) ‘owl’ – a symbol long associated with Leeds and Yorkshire.

And the winner was…

Ian M, a keen amateur brewer and regular patron of Northern Monk, was the lucky winner.

How Ian’s new Brewery Shed saved him from disaster

Ian recalls, “In 2015 , I had a dream to build the greatest garden bar in the country. I set to task with my Dad building and designing something any bloke would be proud to pour a pint in. "Sadly my neighbours chose to store illegal fireworks in their garden and my dream is now in tatters (along with my American-style fridge freezer)... I had given up on garden bars and lost my faith in humanity." With this in mind, Ian thought that if he could win the Brewery Shed, then his hopes of creating the perfect garden bar would "rise from these ashes truly like a phoenix from the flames!" So Ian clearly jumped at the chance to enter – and he couldn’t believe it when they told him he'd won! Ian had several goes at creating my own ale since I got the shed. He says the first one he made was "very tasty", but the second was pretty horrible. He kept the first recipe and now brews it every summer.

So, did they customise the shed? 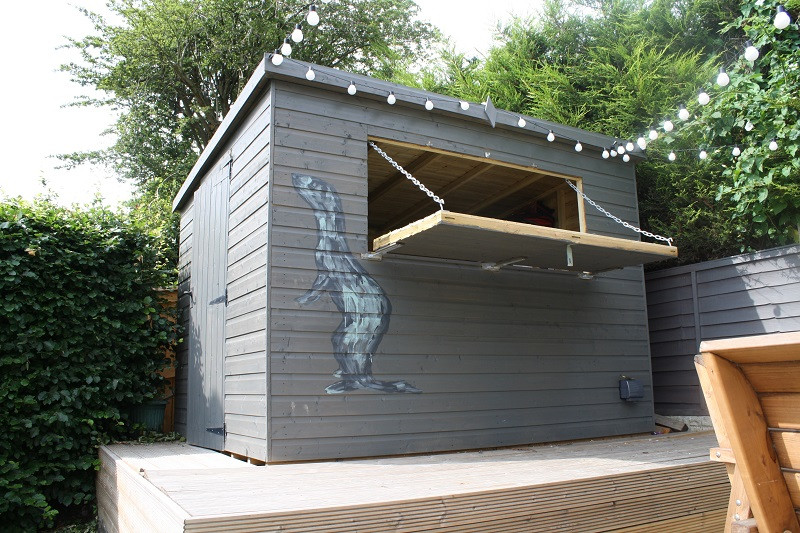 “My wife is an artist and she personalised it with one of her designs – I love it!“ Other than that, Ian and his family made use of it in a way the Tiger team hadn’t anticipated when they made it…

Ian says with a big smile, “We have a big projector and we’ve often used the Brewery Shed as a screen for watching films and TV shows in the sun – bliss!” “We made real use of the building – it’s great for everything from relaxing in the garden to full-scale parties with family and friends.” 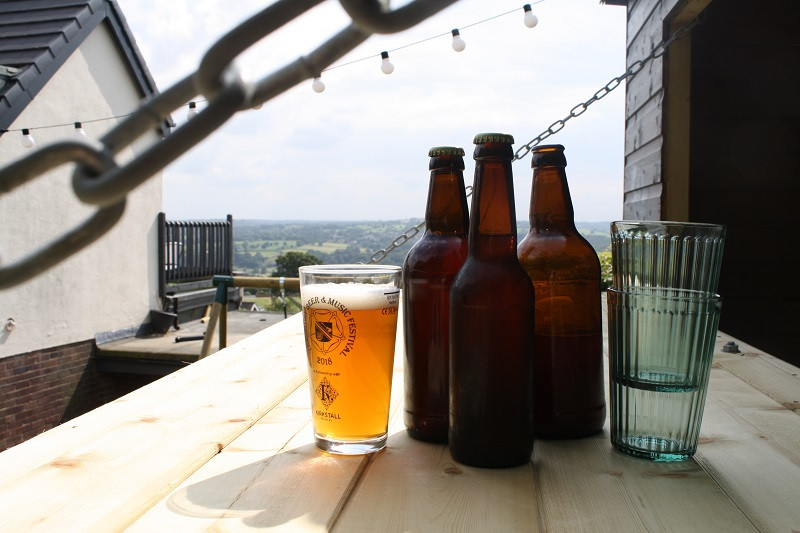 The Tiger Brewery Shed was originally built as a one-off. But due to popular demand, it’s soon to be available from our website here.