Our customers agree the Tiger Potting Shed is well built and easy to assemble – and David and Jayne Mallinson are no different. When we saw what the retired couple had done with their Potting Shed – and how it takes pride of place in their lovely garden – we were delighted. And that’s why David and Jayne are the winners of our Share Your Shed competition for March 2021. The couple are pleased too! In fact, David says Jayne loves the Potting Shed so much that's it's become her “second home”… 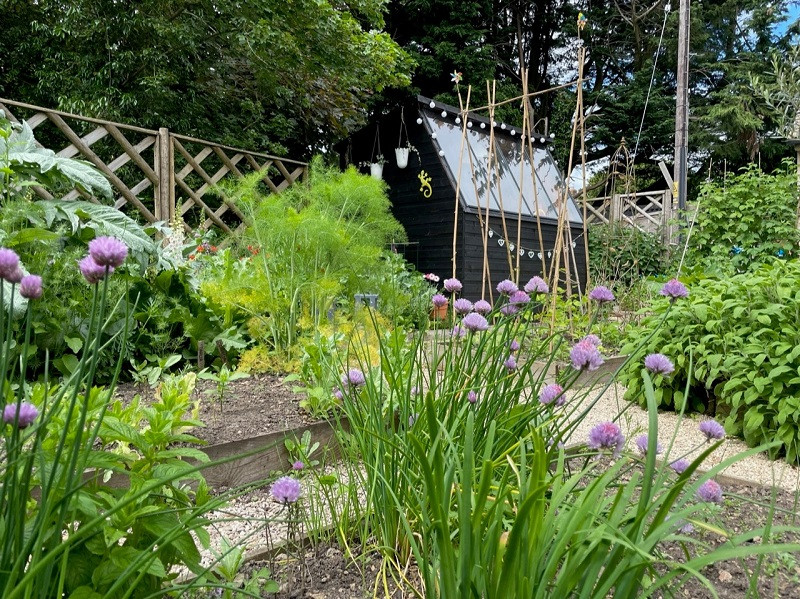 David and Jayne have lived in a small village on the edge of the Cotswolds for almost 30 years. Considering how nice their garden looks, we were surprised to learn the couple are relative newcomers to gardening. They've clearly done a lot with the space in a short time. David fills in the details: “One side of the house is a traditional garden with a couple of patios and flower borders around a lawn (that we’re letting rewild this year as an experiment). There's also a kitchen garden on the other side - and that's where the potting shed takes pride of place.”

David explains, “Having decided we needed a potting shed, our first port of call was Google – as it is with most things nowadays. And that search presented us with hundreds of options. “We picked Tiger due to the usual combination of quality, price and service. Having placed the order, I made contact with Tiger’s customer service team seeking information on a few details, such as foundations, and was very pleased with the comprehensive reply. “I was also able to download the assembly document well before the shed was delivered, so we knew precisely how we’d put it up. We had a plan. “And being a Yorkshireman by birth, I was really pleased that Tiger is based in Leeds.”

How do David and Jayne use their Potting Shed?

“Jayne spends hours planting and tending to the seedlings she’s growing. It’s become a second home for her. “I painted the potting shed black to match with some bifold doors we’ve recently had fitted and I think it looks excellent. It’s even helped organise many of our the tools and garden equipment as we’ve put up hooks for spades and forks."

The Potting Shed even saves time and money

“If we hadn’t bought the Potting Shed we’d be spending a lot more time and money at the garden centres buying plants, not that the shed has stopped us from regular garden centre visits.”

A Potting Shed with “character” 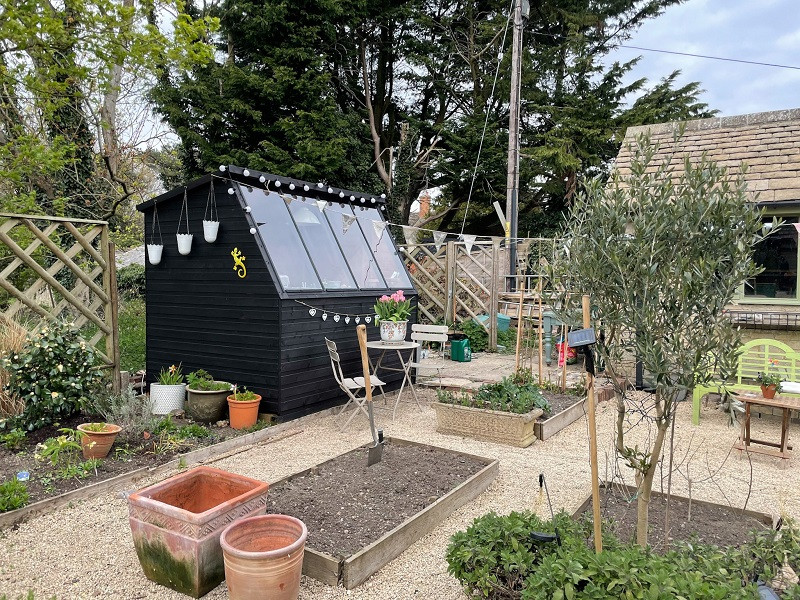 “Jayne insisted the Potting Shed had character. She insisted on adding fairy lights and bunting. That meant a trip to buy fairy lights and to IKEA to buy hanging planters. “We recovered bunting from the loft and at the same time found an old metal gecko that I sprayed neon yellow. Over the winter, she wants me to paint the inside a pastel pink. It’ll be something to do when it’s too damp to be outside.”

Another factor that attracted David to Tiger was our bespoke service. He says, “I loved that you could configure the Potting Shed to meet our needs, We took advantage by swapping the door sides and added proper glass to the windows.”

Was the Potting Shed easy to build?

“I downloaded the instructions long before the delivery we were clear on the process.  The delivery driver arrived on schedule - just after 8am - and unloaded the components. “The first job was to paint the underside and back panels and let them dry, which gave us time for breakfast. “Although we’re not young, moving the panels to the location was not difficult. I’d decided that although nails were provided I’d prefer to use suitable screws so that it would be easy to adjust in case we messed up the construction. “By 1pm I was painting the outside with the first coat having had lunch. I guess it took no more than three hours - it’s very straightforward with the only challenge being lifting the roof panels."

“What more can you ask for?” 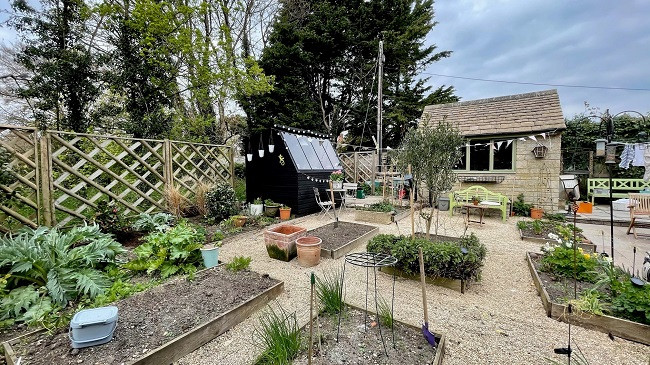 “We’re really happy with the result and Jayne is the envy of all her friends. "On the other hand, my friends suggest it’s the equivalent of the doghouse and to be on my guard," David says with a laugh. “It’s always good when something is as promised. The shed is as described and was delivered on the day promised. What more can you ask for?”

What will be your next garden project?

To find out, go to this page.

What is a long, narrow garden shed?