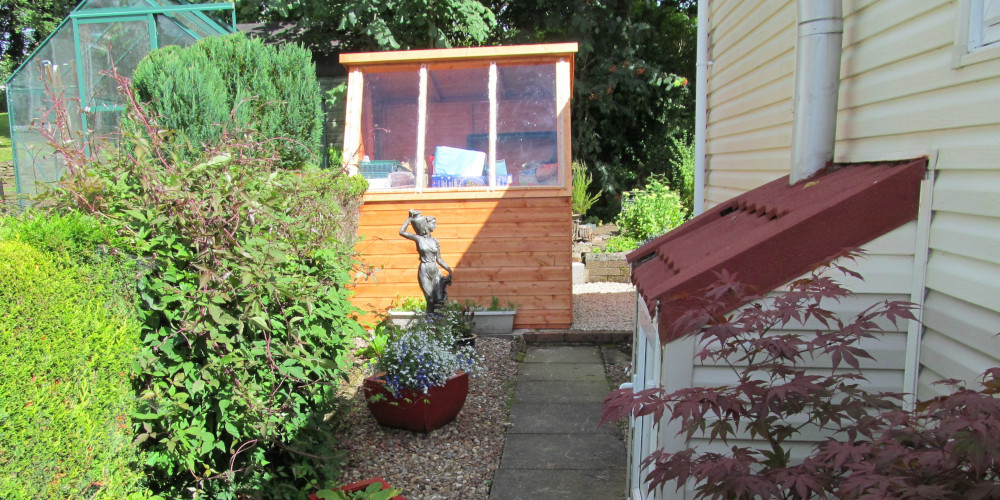 Most avid gardeners will agree that having their gardening resources stored in one place, to be a very efficient way of ensuring gardens are kept uncluttered and organised. To keep your garden environments free of untidiness, you should consider purchasing a potting shed. These garden structures allow for effective methods of storage, from typical garden tools such as trowels, shears, and spades, to much larger items such as tractors and mowers, depending on the size of your potting shed.

As well as storing everyday gardening equipment, the potting shed can be a place for common gardening tasks such as; re-potting plants ready for the summer months, and all round seasonal care such as dead heading, pruning and watering. The potting shed can be a very effective and time consuming purchase for any keen gardeners, all excess soil and mess can be cleaned up with minimal effort. Those gardeners who suffer from bad backs will tell you that it’s much easier to clean a potting shed, rather than having to scramble around the garden with a brush. Before making any decisions to acquiring a potting shed it is advised that you analyse what space you have free in your garden, and where the best possible place for it to be situated should be. Placing your potting shed in a well lit area during the summer months is essential if you want plants to grow in there. The majority of potting sheds nowadays come with at least one shelf giving you the advantage of sorting items instantly. Other useful resources such as workbenches and storage cabinets will allow your potting shed to be well equipped for both storing items, and for working on general gardening tasks. Greenhouse Vs Potting Sheds When we compare the greenhouse and the potting shed, there isn’t too much difference between them. When analysing the usability of the greenhouse it has only one main task, a storage point for plants to grow. Whereas the potting shed can in fact perform this task and be a useful storage and working area for avid gardeners as well. It has said to divide opinion which structure can store plants more efficiently throughout seasonal change; I would like to say however that a potting shed could in fact sustain the growth of plants much better than a greenhouse throughout seasonal change. Some gardeners have found that winter care for plants in greenhouses to be more difficult as plants need to be covered with fleece on a regular basis, on the other side potting sheds have been found to be more effective in cold winter months, by utilising propagators and heaters to keep the shed temperatures warm on a regular basis. Look here for a range of potting sheds.