Curry is one of the world’s most popular, well-known and much-loved dishes. Whether you like the thrill of a vindaloo or your eyes water at the thought of anything other than a korma, there’s a curry out there for everyone. Here are some tasty facts to get you inspired for this week! Anyone fancy a takeaway? 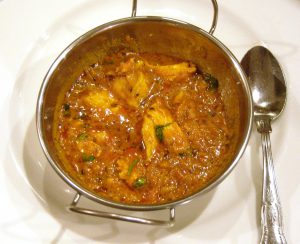 The word curry is thought to originate from the Tamil word karil, meaning spiced sauce.

Curry as a verb used to primarily refer to grooming a horse with a special comb, and preparing hides for use by soaking and colouring.

To curry favour means to flatter someone in an attempt to benefit yourself. To favour curry means you’ve got an Indian takeaway on speed-dial.

In the United Kingdom, we spend over £250 million a year on Indian food.

Bradford in West Yorkshire has been crowned Britain’s Curry Capital for the past six years!

Many curries get their spice from chilli peppers. The hottest chilli in the world is The Carolina Reaper at a face-melting 2.2 million Scoville units. For comparison, a jalapeno comes in at 2,500–5,000 Scoville units, and police pepper spray starts at 2 million units. Ouch! 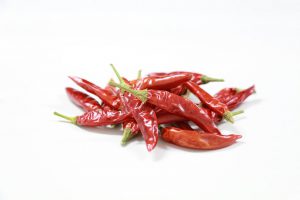 Chicken tikka masala has been voted Britain’s favourite dish year after year. It may sound like something introduced from Asia but many insist it was created right here in Britain. Chefs from Birmingham and Glasgow both claim to have created chicken tikka masala, but Delhi food historians maintain that it originated in India.

It’s actually quite hard to pin down what curry is! Although many of us hear curry and think Indian food, many cuisines including Japanese, Chinese, Thai and Afro-Caribbean have their own versions. It can refer to a leaf, powder, flavour and a dish, with the key being a spiced sauce. 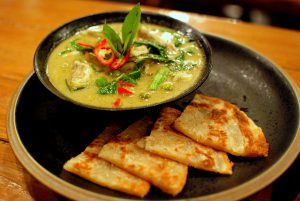 What are your favourite curry facts? Will you be having curry tonight? Let us know!
Stay Social.

Written By
Kiarna Benson
More from Kiarna Benson
Staying in shape is an important way to stay healthy. Yes, round...
Read More