It’s British Food Fortnight! From 23rd September to 8th October, the spotlight is being put on British Food in all of its glory.

British food tends to get a bad rep. Whether it’s our penchant for beans on toast, carbs in carbs (chip butty, anyone?), or spotted dick, our food tends to be seen as more quizzical than cuisine. It’s all fish and chips anyway, right? Wrong! Though don’t get me wrong, we do love our fish and chips…

Britain has some of the best restaurants in the world. As of 2017, 172 British restaurants have been honoured with Michelin stars. Four of those have been given a prestigious 3 stars, meaning: “exceptional cuisine that is worth a special journey”. That’s not bad for our little island. Although British pubs have declined in recent years, the ‘gastro-pub’ has risen from the ashes. Many pubs have now turned their emphasis on serving quality British food alongside pints and pitchers. It’s not uncommon to see filet mignon and lobster on offer, rather than pork scratchings and pickled eggs.

While we can be proud of British culinary achievements, I don’t think that means we should shun our Full English Breakfasts, cheesy chips, pie ‘n’ mash or the humble roast dinner. British Food Fortnight is a celebration of all British food – from the lettuce you grew in your potting shed, to British farmers, to whatever Heston Blumenthal is cooking at The Fat Duck.

We’ve checked out Love British Food to make a list of how you can get involved throughout the next two weeks, and beyond:

Have a look at your food labels. Does meat say where it has been reared, and does produce say where it has been grown? If it’s not from Britain – is there a British equivalent? It’s great to support British farmers, and your food will have fewer ‘food miles’. If your asparagus came from Peru instead of the farm down the road, imagine the CO2 emissions involved! Have a look for the Red Tractor logo, meaning the product has come from British farms producing under Assured Food Standards. 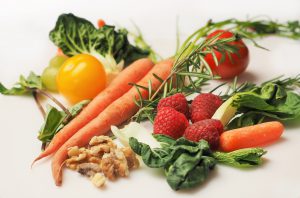 Food that’s in season is fresher, tastier, and more nutritious. Also, its availability tends to make it cheaper. Check http://www.eattheseasons.co.uk/ to see what food is in season, and adjust your shopping list accordingly. 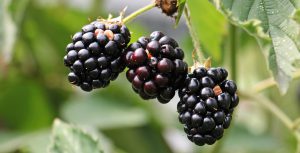 Plenty of farms offer a pick your own service – whether it’s strawberries, raspberries, beans, tomatoes, beetroot or anything else! Blackberries grow abundantly in the wild, so take your pick! Make sure to wash them thoroughly, and try to focus on ones which grow out of reach of animals. 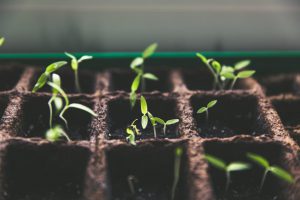 Growing your own fruit and vegetables is something you can be proud of. It’s eco-friendly, healthy and budget friendly, too! You can get the whole family involved and make it a fun activity. Whether you’re growing basil on a windowsill, tomatoes in a potting shed or potatoes in an allotment, you can get involved. 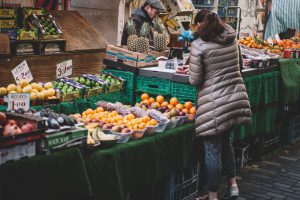 Make a habit of visiting your local fishmongers, butchers, greengrocers and farmers markets. Supermarkets are having a negative effect on these local businesses, and they’d really benefit from community support.

So for the next two weeks, let’s really make an effort to buy, pick, grow, support and celebrate British food! How will you be celebrating? Get involved with the hashtag #LoveBritishFood, and let us know what you’re doing! Have a look at http://www.lovebritishfood.co.uk/ for more information, recipes and top tips.

Written By
Kiarna Benson
More from Kiarna Benson
This is one of the most creative and inspiring uses we’ve ever...
Read More